We are exporter of Barley seeds. Our products are selected from the best farm of barley from prominent crop producing fields where clean and tidy farming methods are implemented. These barley grains are well-known globally for their precious medicinal properties. It is available in a variety of forms like whole barley, hulled barley, pearled barley as well as barley flakes.

Barley (Hordeum vulgare L.), a member of the grass family, is a major cereal grain. It was one of the first cultivated grains and is now grown widely. Barley grain is a staple in Tibetan cuisine and was eaten widely by peasants in Medieval Europe. Barley has also been used as animal fodder, as a source of fermentable material for certain distilled beverages, and as a component of various health foods. It is used in soups and stews, and in barley bread of various cultures. Barley grains are commonly made into malt in a traditional and ancient method of preparation.

It is a wonderfully versatile cereal grain with a rich nutlike flavor and an appealing chewy, pasta-like consistency. Its appearance resembles wheat berries, although it is slightly lighter in color. Sprouted barley is naturally high in maltose, a sugar that serves as the basis for both malt syrup sweeteners. When fermented, barley is used as an ingredient in beverages.

Barley is a plant. The grain of barley is used to make medicine.

The countries which are importing Barley Seeds Meal from India are: 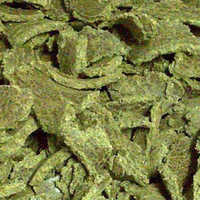